Notice: Processing time for all orders is between 5-7 business days. Our goal is to ship your order out as quickly as possible.

Saint Patrick was the Patron Saint of Ireland. He brought Christianity to a land were pagans and warring factions ruled around the 5th century. In order to celebrate St. Patrick’s Day, I thought I would bake some pizzas that pay homage to this wonderful holiday. I decided to use an authentic New York Style Pizza as the pallet for my creation. My theme is to decorate the pizza with iconic representations of Ireland and St. Patrick’s Day. I chose to represent the Irish Flag, the color green and a Shamrock to do so.

Different regions of the country have developed pizza that is unique to that region. New York is no exception. New York pizza has unique attributes. It is composed of a thin crust, flavorful sauce, shredded low moisture mozzarella, and can be enjoyed cold at room temperature as a midnight snack. It is enjoyed so much, that when people either move or visit other areas of the country, they seek out pizza restaurants that boast New York Style Pizza. More often than not, these restaurants fall short in delivering New York Style Pizza. In order to duplicate the unique flavor, and texture of a New York Pizza, home chefs tend to duplicate the recipe for their home stove. While most New York Pizza is baked in a gas oven at lower temperature, using your  ilFornino wood fired oven can elevate the experience to a higher level. Whereas ilFornino ovens can also create authentic Neapolitan Pizza due to its ability to produce high temperature and rolling flame, New York Style Pizza is cooked at a lower temperature closer to 600 degrees. Once your oven is preheated as normal, you would then allow it to cool. Besides temperature and cooking time, there is a vast difference between the Neapolitan and New York Style Pizza dough. Neapolitan is a simple dough made with “00” pizza flour and very few ingredients, water, salt, yeast and flour. New York Style Pizza has a crispier consistency crust that uses bread flour and added olive oil. The tomato sauce is different, as well. Unlike Neapolitan Pizza sauce, which is simply uncooked San Marzano tomatoes, New York Style Pizza sauce is of a thicker consistency with Italian seasonings. Some add tomato paste to thicken the sauce, while others reduce the sauce by cooking it.

FOR THE HOME MADE NEW YORK PIZZA SAUCE: 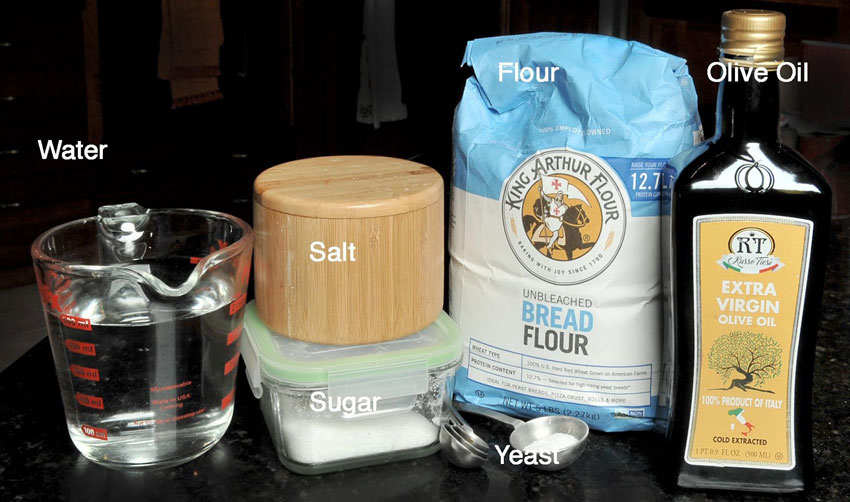 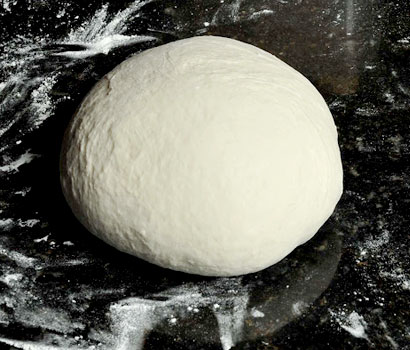 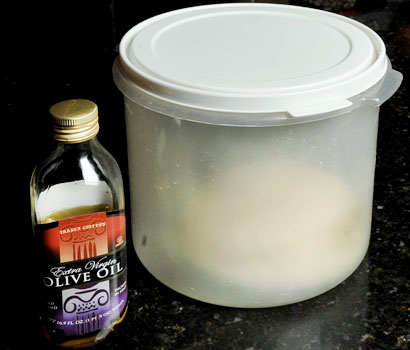 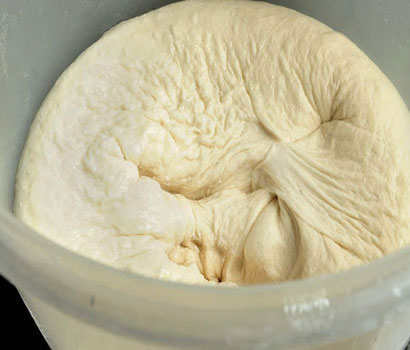 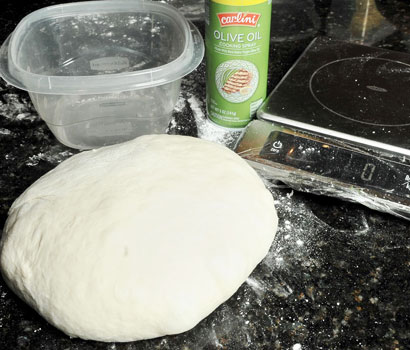 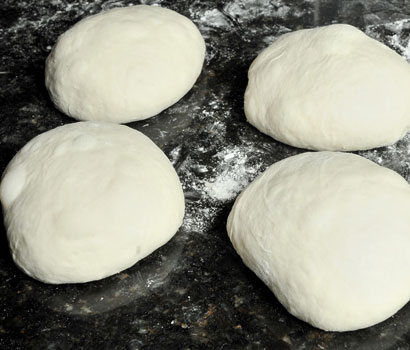 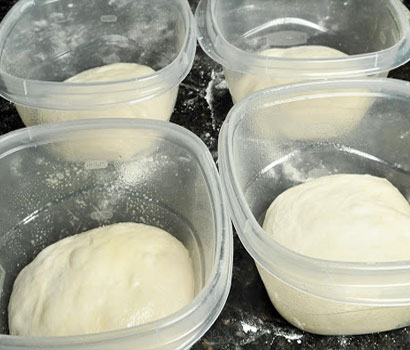 PREPARING THE TOPPINGS AND ASSEMBLING THE PIE:

I prefer a wooden pizza peel that has a good amount of semolina to keep the uncooked pizza from sticking. This is necessary because the longer the dough is in contact with the pizza peel, the greater chances of moisture to collect on the bottom and sticking to occur. The first layer in New York Pizza is nice layer of sauce. A sprinkling of grated Parmesan or Romano cheese, followed by low moisture whole milk shredded Mozzarella, follows the sauce,. Do not substitute the Mozzarella with anything else or you will have wasted your time. I would start off with this simple combination to test the outcome of your effort, but feel free to choose toppings of your choice. 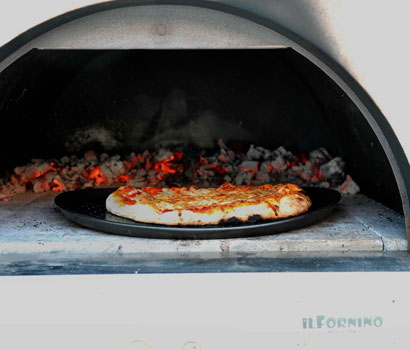 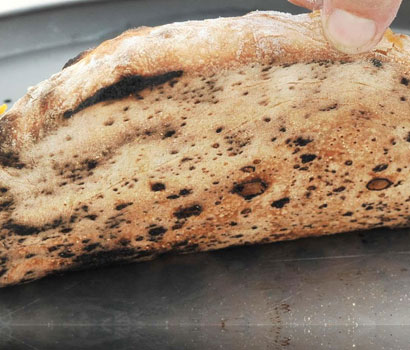 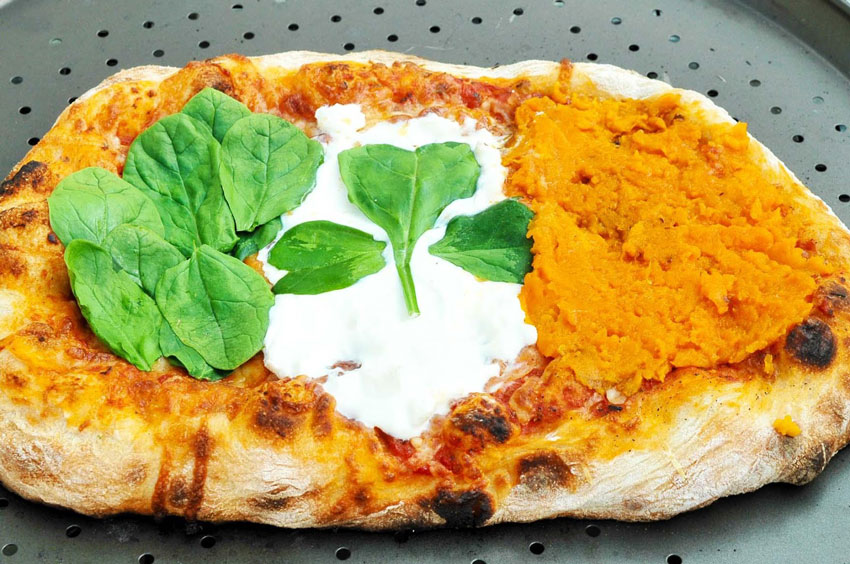 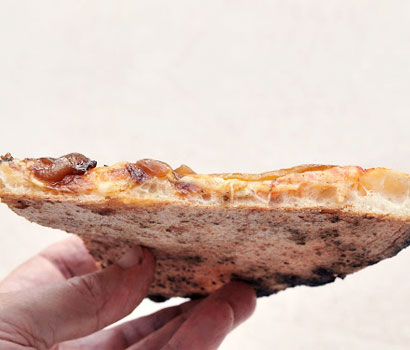 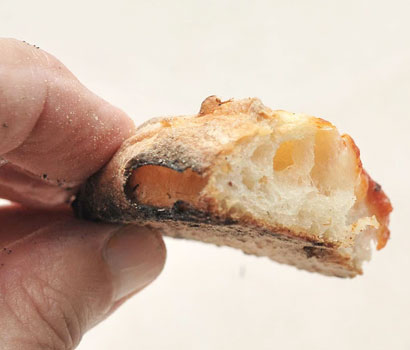 Making a New York Pizza is different from Neapolitan Pizza, or any other pizza for that matter. Don’t discount making New York Pizza for St. Patrick’s Day. After all, New York is also known for its Saint Patrick’s Day Parade and Green Bagels on this holiday, as well.