In the past I used pulled pork, but for this comp I went with BabyBack Rib Meat. Knowing I would be going up against highly qualified competitors my goal was not to come in last place! lol - Which I didn't (but not too far away!) The endeavor was truly a learning experience, not only in the actual competing part but just seeing the quality and expertise of the other competitors! 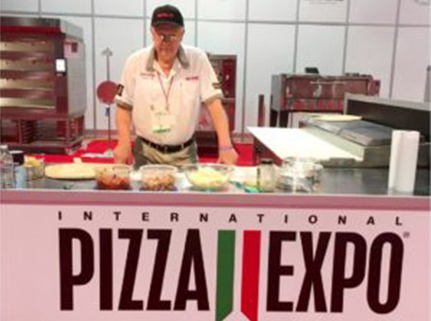 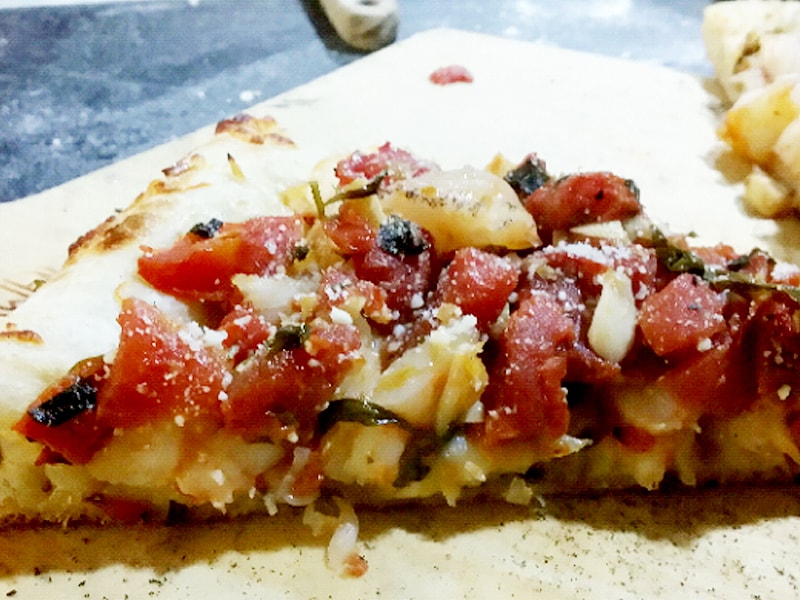 So on my bucket list I always wanted to attend The International Pizza Expo, I thought why just attend when I could compete as well. Again knowing the competitors will be among the best pizzaolas in the country at first I was a little nervous. Super Bowl Sunday came and I decided to practice with our guests that were over for the game. I decided to use the kitchen oven instead of my BlackStone Outside propane pizza oven, well they were the 10 worst pizzas I have ever made, and my confidence level was pretty low after that and started thinking should I drop out of the Vegas competition??

Well not being a quitter right after work on Monday I came home and started making dough so by Wednesday I would be ready to start practicing again. With some ups and downs thru February by the beginning of March I was starting to feel pretty good and was narrowing in on the pizza I would do in Vegas. About a week before the comp I started having some doubts again and couldn't sleep, it was 2am and I decided to go downstairs and put the TV on - changing channels I came across one of those money making infomercials, as I paused for a second he was talking about confidence. What caught my attention was when he said focus on your strengths, not weaknesses well that one statement really changed outlook stopped thinking about having the best technique and concentrated what learned from competing in barbeque was taste knowing wife could come up with something taste great keep it simple put together pizzas half-hour, felt raised our chances considerably for coming last place! lol

My last practice my wife suggested we try a Lobster and Shrimp Fra Diavolo style pizza, and after taking one bite we knew this was the pie going to Vegas! I have been using a Blackstone Propane Pizza Oven but I am looking forward to my new Professional Series Wood Fired Pizza Oven from ilFornino. I was very impressed after much research and when I went down to the ilFornino showroom and saw the Stainless Steel Wood Fired Pizza Oven I was sold! We arrived in Vegas early Monday morning and quickly checked into our condo style room with a kitchen and started making dough for the Wednesday competition. Tuesday my wife and I made the Fra Diavolo sauce - Wednesday morning we checked the sauce and it had reduced down so much that there wasn't enough for 2 pies! At 6 am we started opening tomatoes, chopping garlic and added it to the deep dark concentrated sauce we had. So the new mixture was a nice bright Red color which made the sauce look great! (took a negative and made it into a positive